Six Decades of Computer Science at the Mihajlo Pupin Institute

Generations of employees at the Mihajlo Pupin Institute, as well as hundreds of its former employees scattered around the world, proudly point out the fact that the first digital computer in Southeast Europe, the fifth in all of Europe, was developed at the Institute. It was the legendary CER-10, whose acronym was derived from the Digital Electronic Computer, which was presented to the public on November 18, 1960, exactly six decades ago. This date is rightly marked as the Day of Informatics of Serbia. Following the bright example of the designers of CER-10 computers, the first TIM series microcomputers were designed and manufactured in the Institute in the early 1980’s, widely used in the public sector of Serbia (schools, post offices, army, etc.), and industry (especially graphics), but also exported , as a flight simulator platform (multiprocessor computer TIM 300). Although the Mihajlo Pupin Institute realized pioneering endeavours in computing in this part of Europe, it became clear to the Institute’s management that in the field of general purpose computers, the battle with world giants such as IBM or Hewlett Packard was lost in advance regarding large (mainframe) computers, as well as that it was difficult to deal with cheap, so-called “yellow” personal computers, which arrived from the Far East in the second half of the eighties of the twentieth century. That is why the Institute has abandoned the production of general purpose computers but has continued to produce specialized computers intended for its lucrative niches, where it generates a large part of its revenues, namely process management, dedicated systems, embedded systems, etc. Therefore, the computer development program at the Institute has not been interrupted for these six decades but it was only switched, extremely rationally and pragmatically, from general purpose computers to the production of specialized computers following the market niches of the Institute.

On the occasion of six decades of computer science at the Mihajlo Pupin Institute, we have prepared a modest monograph, out of gratitude to all our visionaries who paved the way for computer science not only in our Institute but in Serbia, Yugoslavia and throughout Central and Southeast Europe, as well as today’s associates of the Institute that expertly continue this tradition. We owe a great deal of gratitude to our colleagues who participated in the preparation of the monograph, primarily Zoran Ivančajić, Aleksandar Radić, Božidar Levi, Dušan Hristović, Željko Stojković, Marjana Hrašovec, Siniša Ranđić, Svetlana Pavošević, etc. 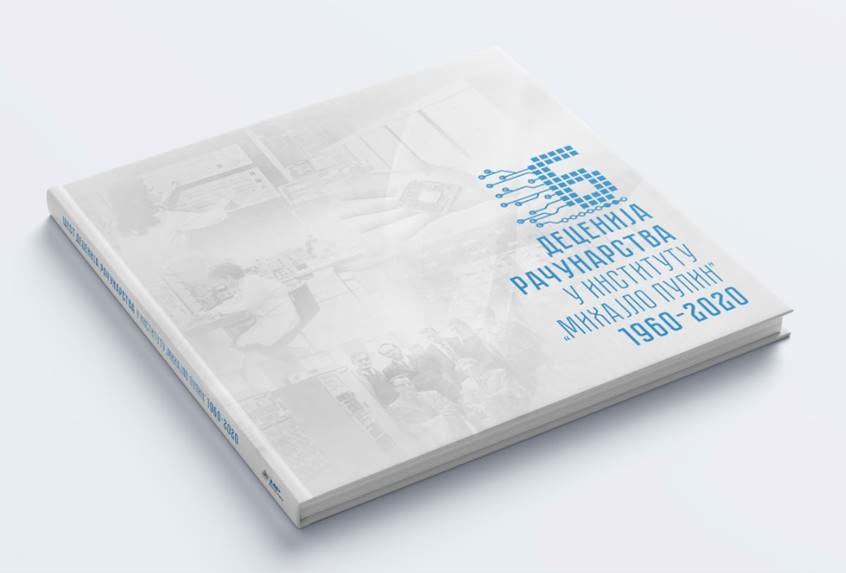