Award of the Chamber of Commerce and Industry of Serbia 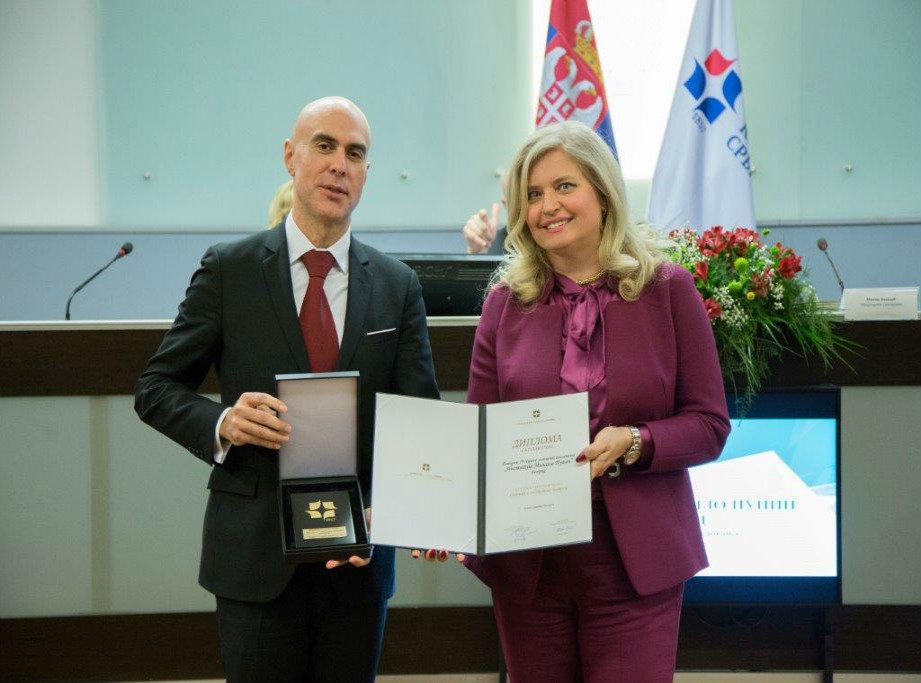 The Awards of the Chamber of Commerce and Industry of Serbia for 2016 were presented to the companies, institutions and individuals for achievements in economy, science and innovation, improving management, informing the public about the work of the Chamber and economic trends on the 8th of December at the formal session of the Chamber. 43 awards were granted, 19 out of which were jubilees.

The Institute “Mihajlo Pupin” was granted the Jubilee Award for 70 years of successful business. The jubilee awards were handed by Mr. Milos Nenezic, the President of the CCIS Assembly. Prof. Sanja Vranes, PhD, the General Director of the Institute, received the Award on behalf of the Institute.