National Distribution Dispatch Centre (NDDC) of the “EPS Distribution” for the management of the Operational distribution system (ODS) of the electric energy in Novi Sad was commissioned on 19th of April 2016. The opening ceremony was attended by Ms Mirjana Filipović, State Secretary of the Ministry of Mining and Energy, Mr Miloš Vučević, Mayor of Novi Sad, Mr Milorad Grčić, Acting Director of the PE “Electric Power Industry of Serbia”, Mr Bogdan Laban, Director of ODS “EPS Distribution”, the members of the Supervisory Board of the PE “Electro Power Industry of Serbia”, Mr Zoran Rajovic, Executive Director for the electric energy distribution, Mr Dragan Vlaisavljević, Executive Director for electric energy trading. On behalf of the Institute “Mihajlo Pupin” the opening ceremony was attended by prof. Sanja Vraneš, Ph.D., Director General of the Institute, Mr Milenko Nikolic, Managing Director of the “IMP-Automation and Control systems”, Mr Aleksandar Car, Assistant Director of the “IMP-Automation and Control systems” and Nikola Jemuovic, Project Manager. 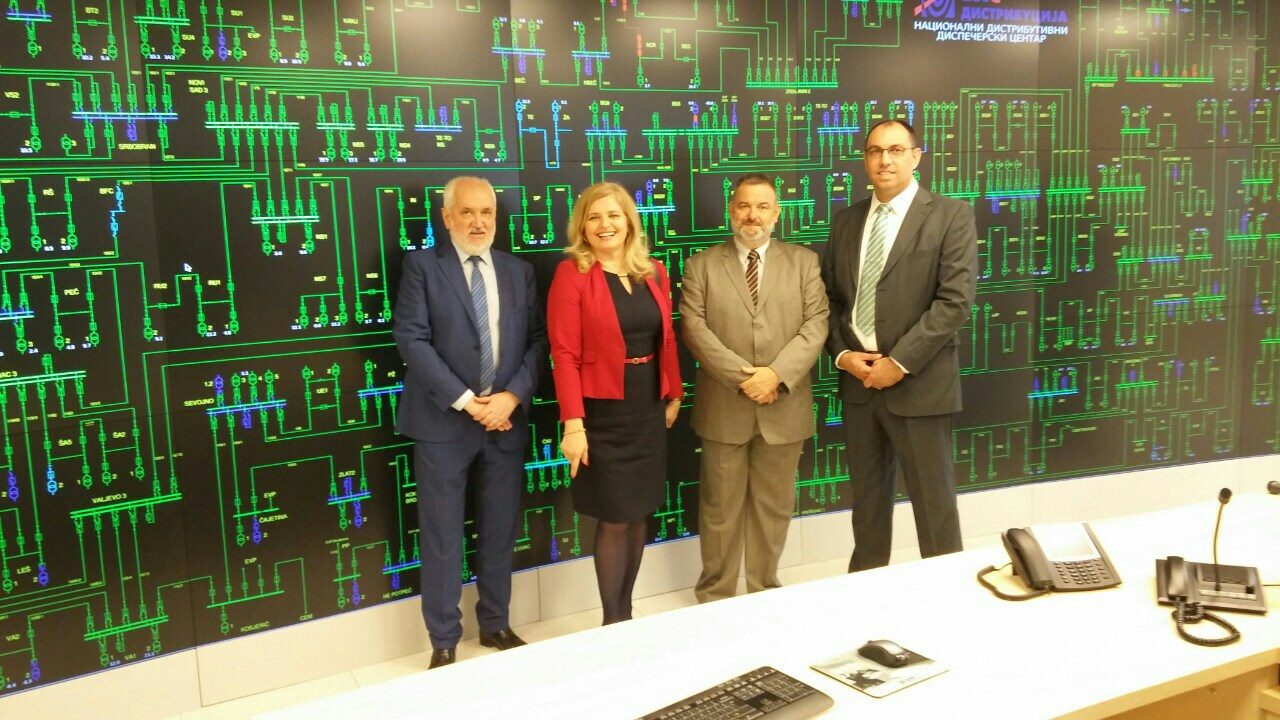 Complete work on the delivery of modern equipment, installation, connection and commissioning of the SCADA system for supervision and control was carried out by the Institute “Mihajlo Pupin”, i.e. by the experts of its daughter company “IMP-Automation and Control Systems”. Thereby Novi Sad has become the distribution system control centre of Serbia. One of the largest video walls installed by our engineers, with the resolution of 12000X36000, provides supervision of the operation of the entire distribution system, i.e.  182 high-voltage substations of 110/ h kV owned by the ODS and the complete operation of energy facilities and networks of medium and low voltage in Serbia. 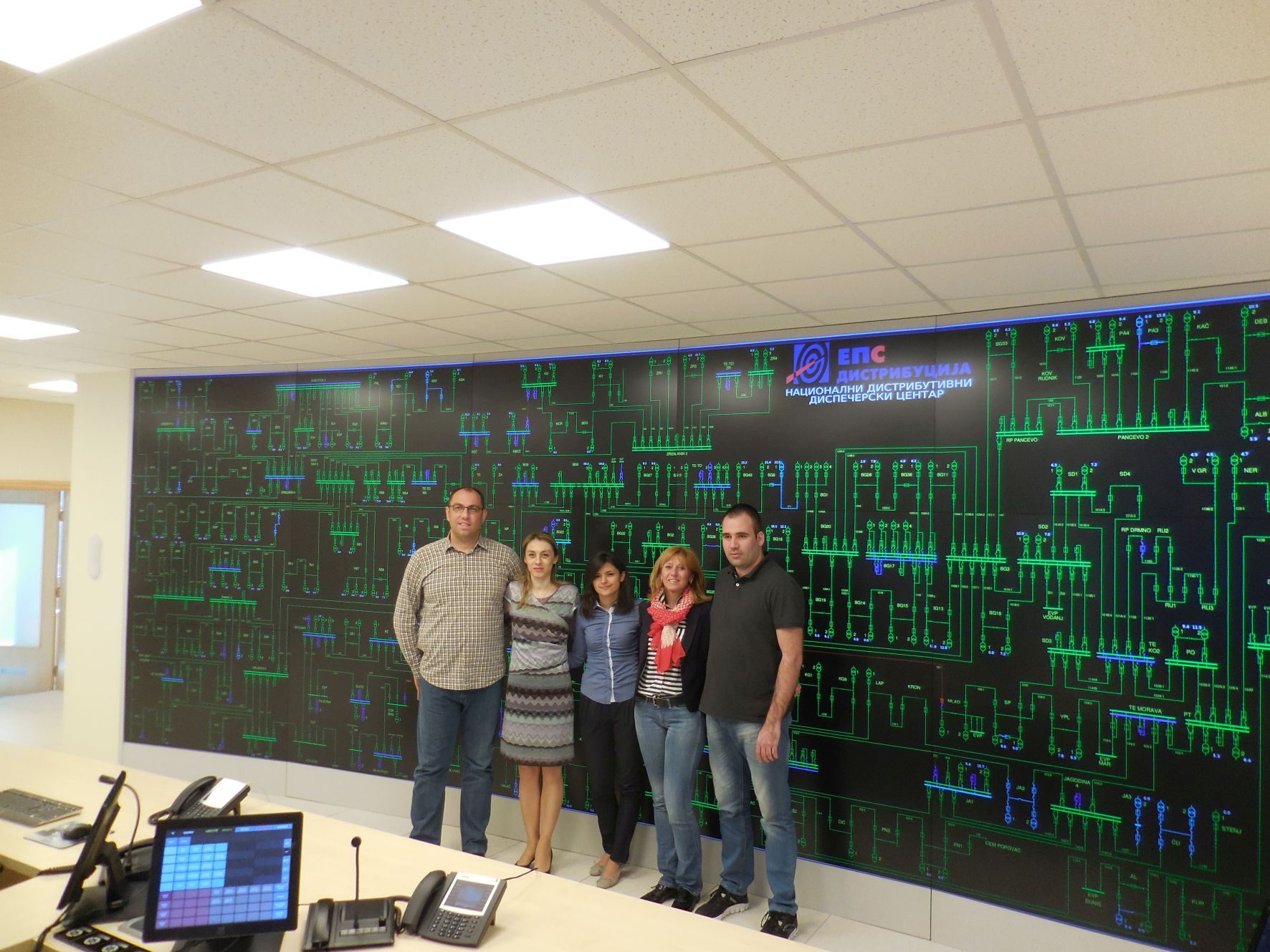 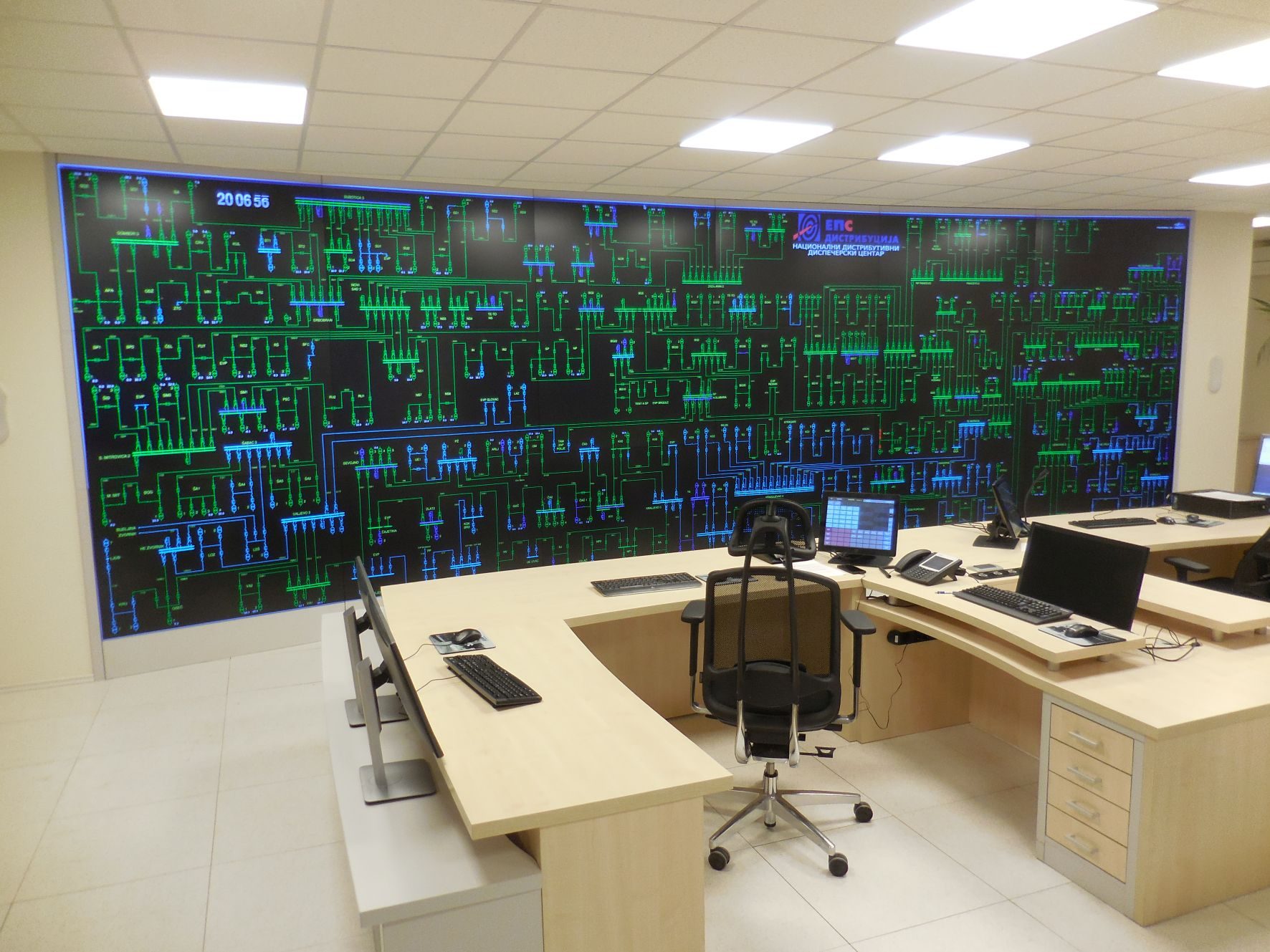