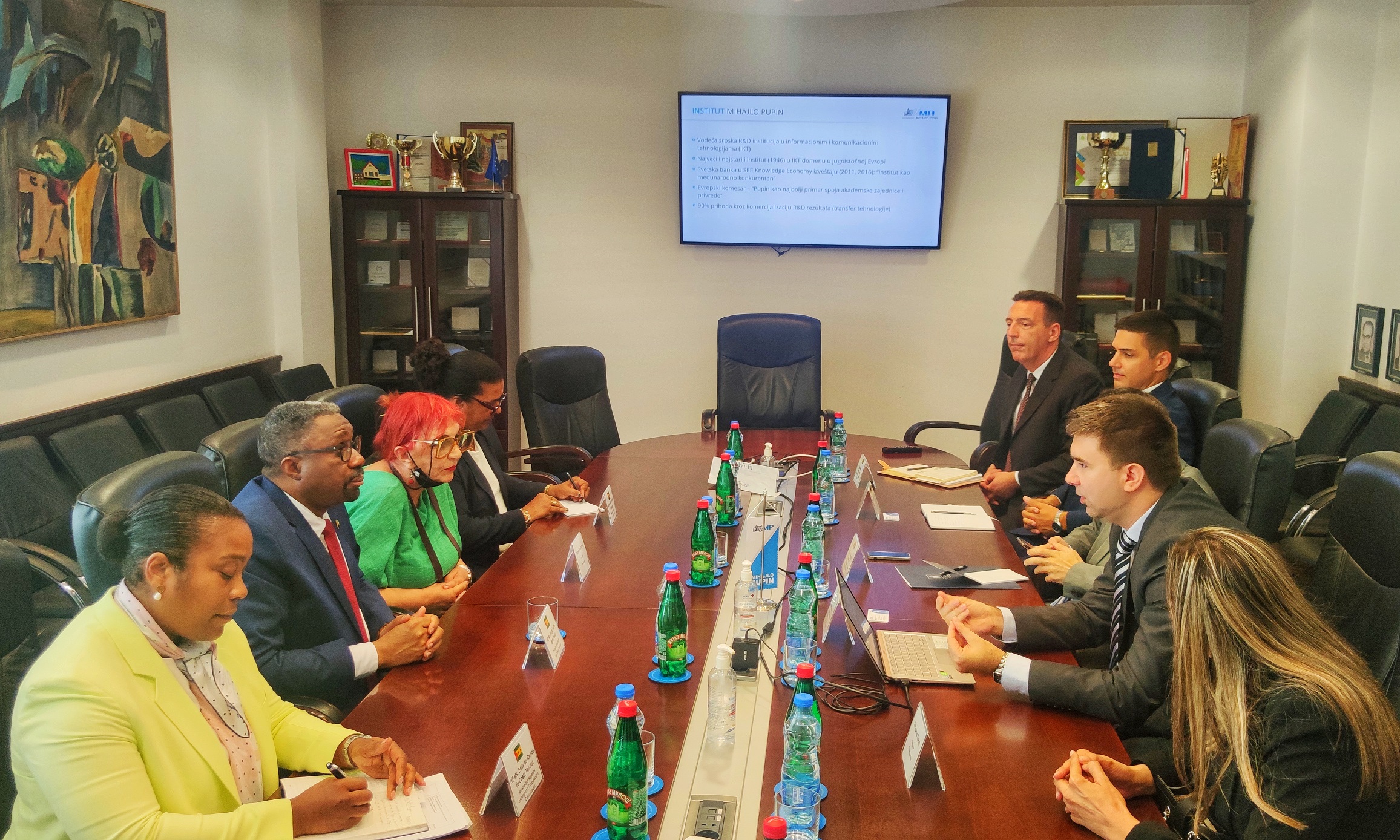 During its official visit to the Republic of Serbia, the delegation of the Democratic Republic of Sao Tome and Principe visited the Institute Mihajlo Pupin on Thursday, July 7, 2022,.

The delegation of the Democratic Republic of Sao Tome and Principe was led by the Prime Minister, Mr. Jorge Lopes Bom Jesus, accompanied by the Minister of Foreign Affairs, Cooperation and Community, Mrs. Edite do Ramos da Costa Ten Juá and the Minister of Tourism, Ms. Julieta Isidro Rodrigues.

During the meeting, the delegation of the DR of Sao Tome and Principe was presented with the portfolio of the Institute, the most important projects and the results of cooperation with the industry. At the end of the meeting, several areas in which cooperation would be possible were pointed out. 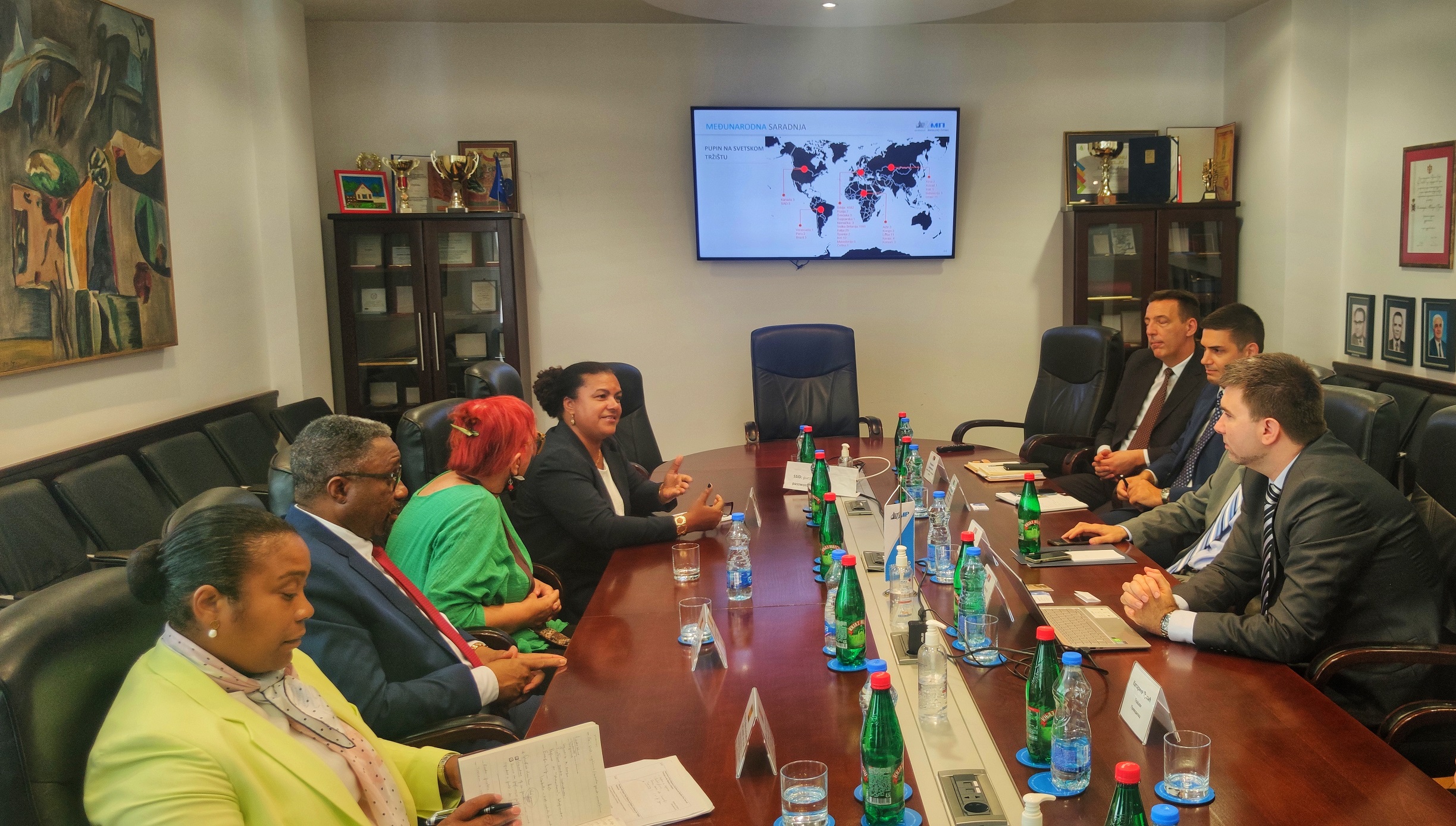