The visit of delegation of Republic of Gabon 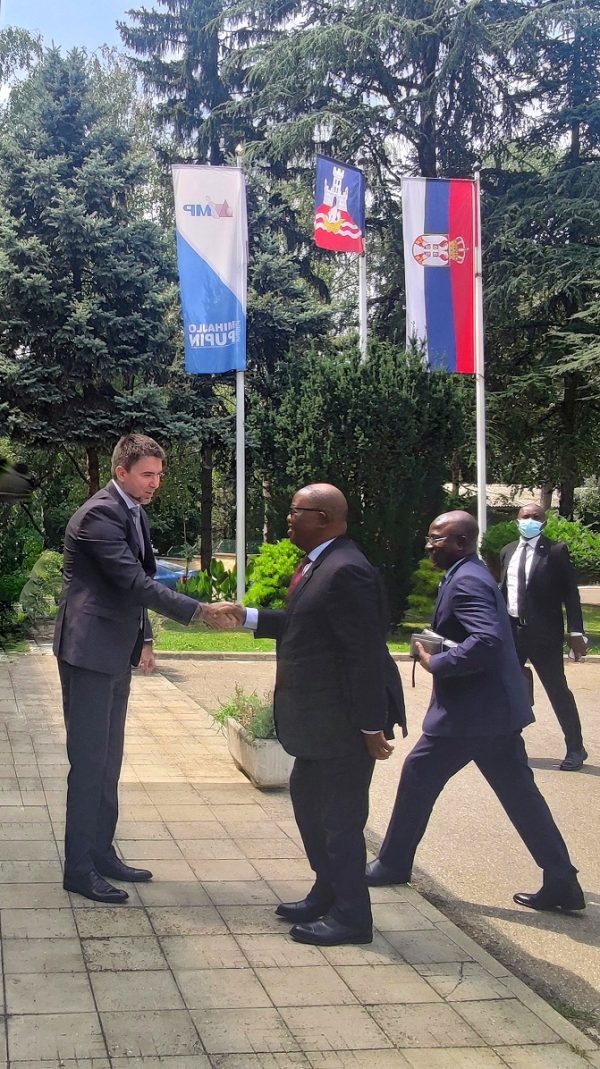 On Thursday, July 28, 2022, Institute Mihajlo Pupin had the honor of being visited by a high delegation from the Republic of Gabon, which was led by Mr. Michael Moussa Adamo, Minister of Foreign Affairs, together with Mr. Fabien Omer Ndimin-Dabou, Director General of the Directorate for International Legal Affairs, Mr. Georges Martin Ndoutoume Bekale, Director of European Affairs, Mrs. Naike Gersende J. Mba Ndong Ndalagui, personal Secretary of the Minister of Foreign Affairs, and H. E. M. Jean-Bernard Avoum, Ambassador of the Republic of Gabon in Turkey.

The delegation of the Republic of Gabon expressed a special interest in cooperation, mostly in the domains of railway program, tax administration, customs, power industry, as well as in the field of supervision and control of complex facilities.